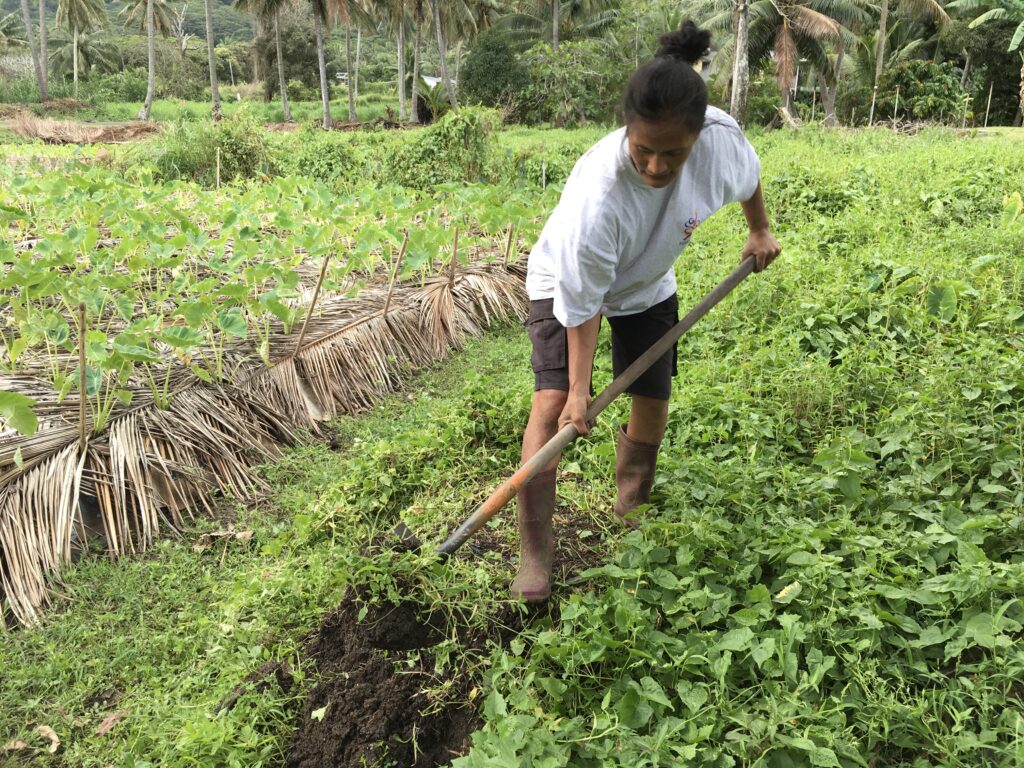 Julie Uka in her organic garden in the Cook Islands.

New ground in the international organic movement was broken at the 2021 IFOAM Organic International General Assembly on September 14 with the official passing of a motion to add Gender Equality and Social Inclusion into one of the four global Principles of Organic Agriculture – the Principle of Fairness.

The motion was submitted for consideration by the Pacific Organic and Ethical Trade Community (POETCom), an initiative of the Pacific Community’s (SPC) Land Resources Division.

At the IFOAM General Assembly preparatory event in August, POETCom member Litia Kirwin-Taukave of Loving Islands social enterprise, Fiji said “the visibility and representation of the diversity within the organic sector is now more important than ever. Specifically referencing the role of women, and other underserved stakeholder groups, broadens and deepens the existing organic principles and reaffirms the important balance between productivity and social wellbeing for long term sustainability.”

IFOAM World Board President and Director of SPC’s Land Resources Division, Karen Mapusua said in support that “The official passing of this motion demonstrates IFOAM Organic International’s strong commitment towards women and other underserved stakeholders, recognizing them as crucial players within the organic movement, and formalizing gender equality and inclusion into our official agenda, encouraging members to act concretely”.

In addition to formalizing gender equity and social inclusion, the IFOAM General Assembly also passed another POETCom sponsored motion that will add agroecology criteria to the IFOAM Norms and Best Practice Guidelines. The motion is significant in that it aligns with IFOAM’s strategic plan to help it further establish itself as the leader in cutting edge organic best practices, in addition to contributing to the integrity of the agroecology movement.

Agroecology is based on applying ecological concepts and principles to optimize interactions between plants, animals, humans and the environment while taking into consideration the social aspects that need to be addressed for a sustainable and fair food system.

The General Assembly was held back-to-back with the Organic World Congress, held from 6-10 September. The Congress is the world’s largest organic gathering for organic farmers, researchers and policymakers from around the globe to convene for knowledge exchange and to address questions on resilience, societal transformation, health and food sovereignty. Both events were hybrids, taking place digitally and on-site in Rennes, France.

POETCom is taking the lead in the Organic Movement by building and promoting best practices and inspiring organic movements around the world by stepping up for gender equality and social inclusion, in addition to promoting resilient agroecological frameworks and best practises.