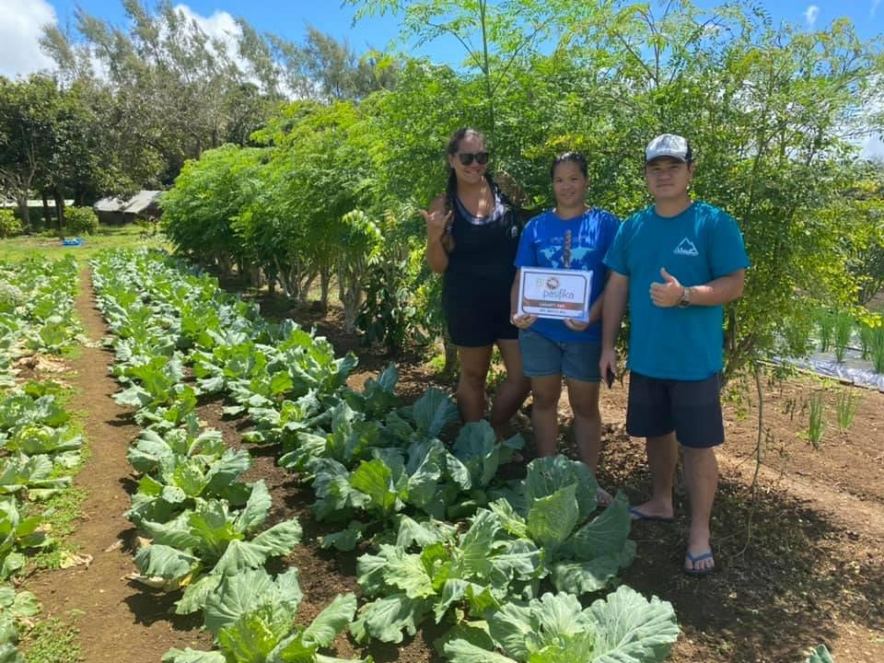 A farm in Tahiti with as part of under the Bio Fetia organic association, POETCom’s focal point in French Polynesia.

The Pacific Community’s (SPC) Land Resources Division (LRD) Pacific Organic and Ethical Trade Community (POETCom) initiative in the month of October announced a new platform that will give voice and participation to Pacific farmers in the worldwide organic movement.

The INOFO general assembly was held in conjunction with the International Federation of Organic Agriculture Movements (IFOAM) General Assembly and the Organic World Congress, an event that mobilizes organic farmers, producers, researchers, advocates and policy experts from around the world. This year as all events were held virtually, the INOFO General Assembly was held later.

Karen Mapusua, Director of LRD and newly elected President of IFOAM Organics International said, “IFOAM international truly appreciates the dedication and leadership that has led to the creation of INOFO Oceania Pasifika. I am confident this new platform will ensure Pacific farmers’ voices are heard and their issues are prioritised as it is integrated further into global organics action and growth.”

INOFO Oceania Pasifika plans to convene registered and interested organic farm organizations on a quarterly basis to develop a common voice that addresses their needs.  The platform and its services will be based on regional adaptation of farmer advocacy, networking and knowledge sharing.

The new INOFO extension will provide a number of additional benefits that come with joining an international farmer organization, including being part of an international community driving the organic narrative, support for organic farmer issues as part of a constituency, rather than a lone voice, connection with other organic farmers in their own region and language, and access to online forums, trainings, webinars and conferences.

Stephen Hazelman, LRD Organic Extension Systems Officer working with POETCom was elected during the INOFO meeting to its Board of Continents, representing the Pacific. “I am honoured to represent our region for the sake of growing our organic movement,” stated Hazelman. LRD’s POETCom will continue to advocate for organic farming as it incorporates the new INOFO Oceania Pasifika group into its work and provides guidance for farmers and organic producers through the new platform.